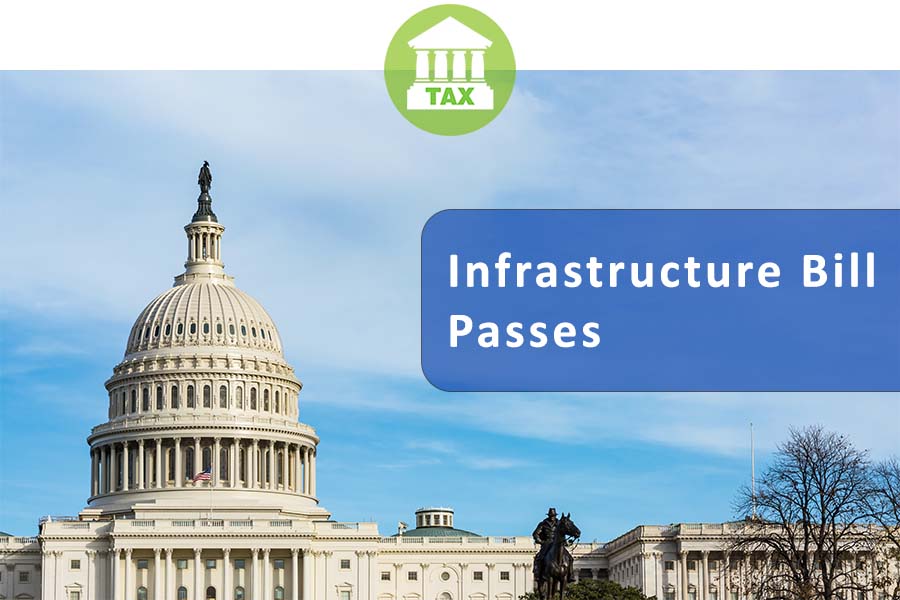 President Biden signed the Infrastructure Investment & Jobs Act on November 15, 2021. Key tax provisions include the retroactive termination of the employee retention credit and information regarding reporting cryptocurrency. These and many more provisions are covered below.

Automatic Extension of Certain Deadlines for Taxpayers Affected by Disasters

Among other things, the Act amends Code Sec. 7508A(d) so that, in determining the automatic extension period, the ending date of that extension period is 60 days after the later of:

Effective date. These provisions apply to federally declared disasters declared after the date of enactment of the Act. (Act Sec. 80501(b))

Individuals who are in the military are entitled to a period of extension. The period of extension applies to certain tax-related acts (e.g., filing returns, paying tax, and filing Tax Court petitions)-by taxpayers or by the government-that are listed in Code Sec. 7508(a)(l).

Under Code Sec. 7508(a)(l)(C), filing a petition with the Tax Court for redetermination of a deficiency, or for review of a Tax Court decision, are both acts covered by the extension.

Under the Act, both filing a petition with the Tax Court, and filing a notice of appeal from a Tax Court decision, are acts covered by the extension.

And, under the Act, the bringing of a suit by the U.S. to recover an erroneous refund is included among the acts covered by the extension.

Effective date. These provisions apply to any period for performing an act that has not expired before the date of enactment of the Act. (Act Sec. 80502(b))

Tolling of Time for Filing a Petition with the Tax Court

In any case in which a “filing location” is inaccessible or otherwise unavailable to the general public (including by reason of a lapse in appropriations) on the date a Tax Court petition is due, the relevant time period for filing that petition is tolled for the number of days within the period of inaccessibility plus an additional 14 days. (Code Sec. 7451(b)(l), as amended by Act Sec. 80503(a))

Effective date. The provision applies to petitions required to be timely filed (determined without regard to this provision) after the date of enactment of the Act. (Act Sec. 80503(c))

Effective date. The amendments made by this provision apply to fires for which assistance is provided after the date of enactment of the Act. (Act Sec. 80504(c))

Because of the retroactive termination of the employee retention credit, the American Institute of CPAs (AICPA) has recommended to Congress that there be a committee report directive to the IRS and Treasury to waive any penalties and provide a reasonable, practical method for payment of unpaid employment taxes.

(a) is designed to provide broadband service solely to one or more census block groups in which more than 50% of residential households don’t have access to fixed, terrestrial broadband service that delivers at least 25 megabits per second downstream and at least three megabits service upstream, and

(b) results in internet access to residential locations, commercial locations, or a combination of residential and commercial locations at speeds not less than 100 megabits per second for downloads and 20 megabits per second for uploads, but only if at least 90% of the locations provided such access under the project are locations where, before the project, a broadband service provider didn’t provide service, or provided service that didn’t meet the minimum speed requirements at (a) above. (Code Sec. 142(n)(l)(B))

Effective date. The provision is effective for obligations issued in calendar years beginning after date of enactment. (Act Sec. 80401(d))

A private activity bond-an otherwise taxable state or local bond whose proceeds are used for private business uses-will nevertheless be tax-exempt if it qualifies as an “exempt facility” bond.

For bonds issued after December 31, 2021, the Act adds “qualified carbon dioxide capture facilities” to the types of exempt facilities that may be financed by tax-exempt exempt facility bonds. (Code Sec. 142(a)(17), as amended by Act Sec. 80402(a))

Bonds whose net proceeds are used to provide qualified highway or surface freight transfer facilities can qualify for tax-exempt status. (Code Sec. 142(a)(15)) However, a limit is imposed on the amount of such bonds that can be issued. There is a national limitation on the amount of qualified highway or surface freight transfer facility bonds that may be issued. (Code Sec. 142(m)(2))

Under the Act, the national limitation on qualified highway or surface freight transfer facility bonds is increased from $15 billion to $30 billion. (Code Sec. 142(m)(2)(A), as amended by Act Sec. 80403(a))

Effective Date. The provision applies to bonds issued after the date of enactment of the Act. (Act Sec. 80403(b))

Before the 2017 Tax Cuts and Jobs Act (TCJA), an exception to the first carveout applied under which cash or other property contributed as a CIAC to a regulated public utility that provided water or sewerage disposal services was nevertheless treated as a tax-free contribution to capital if certain conditions were met. The TCJA eliminated this exception.

The TCJA also added the second carveout described above for contributions by governmental entities or civic groups that was not previously in the statute.

The Act restores the exception to the first carveout, and broadens it to provide that a contribution to the capital of the taxpayer includes any amount of money or other property received from any person (whether or not a shareholder) by a regulated public utility that provides water or sewerage disposal services if that amount was either: (i) a CIAC, or (ii) a contribution to the capital of the utility by a governmental entity providing for the protection, preservation, or enhancement of drinking water or sewerage disposal services.

Code Sec. 6045(a) requires brokers to make a return showing the name and address of each of its customers, with such details regarding gross proceeds and such other information as the IRS may, by forms or regs, require with respect to such business.

The Act provides that the definition of broker includes “any person who (for consideration) is responsible for regularly providing any service effectuating transfers of digital assets on behalf of another person,” (Code Sec. 6045 (c)(1)(C), as amended by Act Sec. 80603(a)(3))

The Act defines a digital asset as, except as otherwise provided by the IRS, “any digital representation of value which is recorded on a cryptographically secured distributed ledger or any similar technology as specified by the [IRS].” (Code Sec. 6045(g)(3)(D), as amended by Act Sec. 80603(b)(1)(B))

Code Sec. 6045A(a) requires a broker (referred to as the applicable person and defined under Code Sec. 6045(c)(1), as amended by the Act and discussed above) that transfers to another broker a covered security I the hands of the applicable person must furnish to the other broker a written statement (transferee statement) in the manner that, and including the information that, IRS may prescribe by regs to enable the broker to meet the basis and holding period reporting requirements of Code Sec. 6045(g).

The Act provides that any broker, with respect to any transfer (which is not part of a sale or exchange executed by that broker) during a calendar year of a covered security which is a digital asset from an account maintained by the broker to an account which is not maintained by, or an address not associated with, a person that the broker knows or has reason to known is also a broker, is required to make a return for the calendar year, in a form as determined by the IRS, showing the information otherwise required to be furnished with respect to transfers subject to Code Sec. 6045A(a). (Code Sec. 6045(d), as amended by Act Sec. 80603(b)(2)(A)(ii))

Under Code Sec. 6050I(a) a person engaged in a trade or business who, in the course of that trade or business, receives more than $10,000 in cash (in one or more related transactions), must file an information return wit the IRS and furnish the payor with a statement.

In 2012 (under the Moving Ahead for Progress in the 21st Century Act, PL 112-141), 2014 (under the Highway and Transportation Funding Act, PL 113-159), and 2015 (under the Bipartisan Budget Act, PL 114-74), Congress provided for 25-year pension interest rate smoothing to address concerns that historically low interest rates were creating inflated pension funding obligations, diverting corporate assets away from jobs and business recovery, and reducing federal income tax revenue.

The smoothed interest rates would have begun to phase out in 2021, but the American Rescue Plan Act of 2021 (ARPA, PL 117- 2) provided an extension of interest rate smoothing through 2029.

The Act also extends, through September 30, 2028, application of: 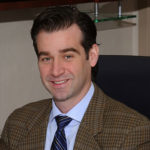 Any questions regarding the Act or any tax issue can be addressed to: