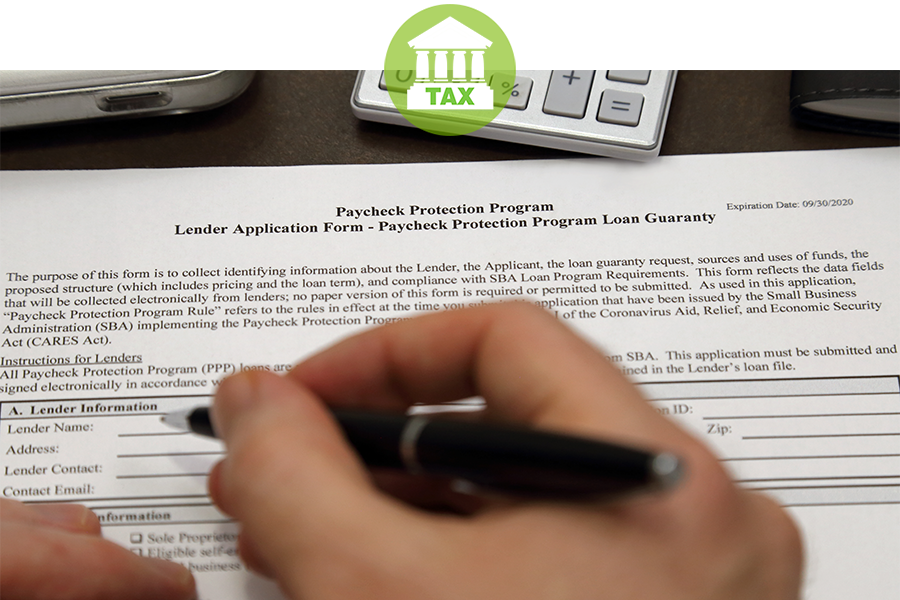 The SBA released the Paycheck Protection Program Loan Forgiveness Application on May 15. Read below for a detailed analysis of the application.

IMC is offering high-level and extensive assistance with the PPP Loan Application and Forgiveness Process. Reach out today to set up a time to discuss how it may affect your company.

This confirms our thoughts that payroll costs would likely be calculated on an “accrual” basis. As long as the borrower sticks to their routine payroll payment schedule, the payroll costs don’t have to be paid within the period. We do believe this provision also speaks (somewhat silently) to payroll costs other than salary/hourly wages as it states that outside of these payments, payroll costs must be paid during the covered period. That said, we think bonuses, etc. would likely need to be paid within the period. The application and guidance do not include any limit on increasing employees’ wages; therefore, it appears that employee wage increases are allowed.

This confirms that mortgage interest will be allowed on “real or personal property”. Based on this, it appears any long-term debt interest would qualify.

Rent or lease payments for “real or personal property” would qualify. Feels like this would just about qualify all lease/rent arrangements for inclusion. There is no mention of related party leases.

Similar to the application, the only signature is for the authorized representative of the borrower.

The FTE quotient limitation will be based on “average weekly FTEs”

This wouldn’t align with borrowers that utilize something other than a weekly payroll. In those cases, a calculation would need to be devised to determine average weekly FTEs.

Owner compensation cannot be increased from 2019 levels and is also capped at $15,385. There is presently no guidance related to wages for relatives, spouses, or children of owners. It appears that these wage costs will count toward forgiveness. (There may be additional guidance issued in the future that could clarify this further)

For the salary/hourly wage reduction

The application states the calculation will be based on “average annual salary or hourly wage for each employee”. The salary calculation seems very straightforward. The way I read the hourly wage (combined with the calculation on page 8), you’d use the actual “wage rate”, not total hourly wages. If this is the case, this would be a benefit for those companies who had hourly employees working substantial overtime, etc. (i.e. – construction) prior to the pandemic but not during the covered period. However, this would get “corrected” on page 8 if you’ve decreased the hourly wage as its applied to average pre-pandemic hours. The salary/hourly wage reduction comparative period will be January 1, 2020 through March 31, 2020 – this does not apply to the Safe Harbor (see below).

Specifically lists those items included in cash compensation: gross salary, gross wages, gross tips, gross commissions, paid leave (with exceptions) and dismissal/separation pay. There is gray area here on how some items might apply – i.e. housing/car allowances, etc. My take is if its taxed as a wage to the employee, it would be included.

Employees who, during the 8-week period or Alternative Payroll Covered Period, are fired for cause, voluntarily resign or whose hours were reduced as a result of requesting and receiving reduced hours and are not replaced shall be counted as an FTE as if they were employed fully during the 8-week period. This eliminates loan forgiveness penalties for FTE reductions that are somewhat outside the control of the borrower. Additionally, guidance in FAQ #40 continues to be relevant for a laid off employee who is offered to be rehired but declines that offer. This FTE can be included in the count as fully employed with no loan forgiveness penalty.

The guidance confirms that penalties for reduced FTEs and pay rate reductions in excess of 25% for those earning less than $100K during the 8-week period are eliminated if those FTEs and payrate reductions are restored by June 30, 2020.

Lays out the documents that will be required. Consists of bank statements, THIRD PARTY payroll reports, tax forms that overlap the covered period, payment receipts/cancelled checks for health/retirement contributions. One interesting note here is that it does not list internal payroll reports – assume in this instance the bank statements would be leveraged. That could be quite the task for any entities that issue individual checks to employees instead of ACH, etc. It also seems borrowers might be required to complete drafts of the tax forms to be filed that include the covered period.

The PPP Schedule A Worksheet is required to be completed and maintained but not submitted. Also states all documentation related to PPP loans must be maintained for 6 years after the loan is forgiven or repaid.