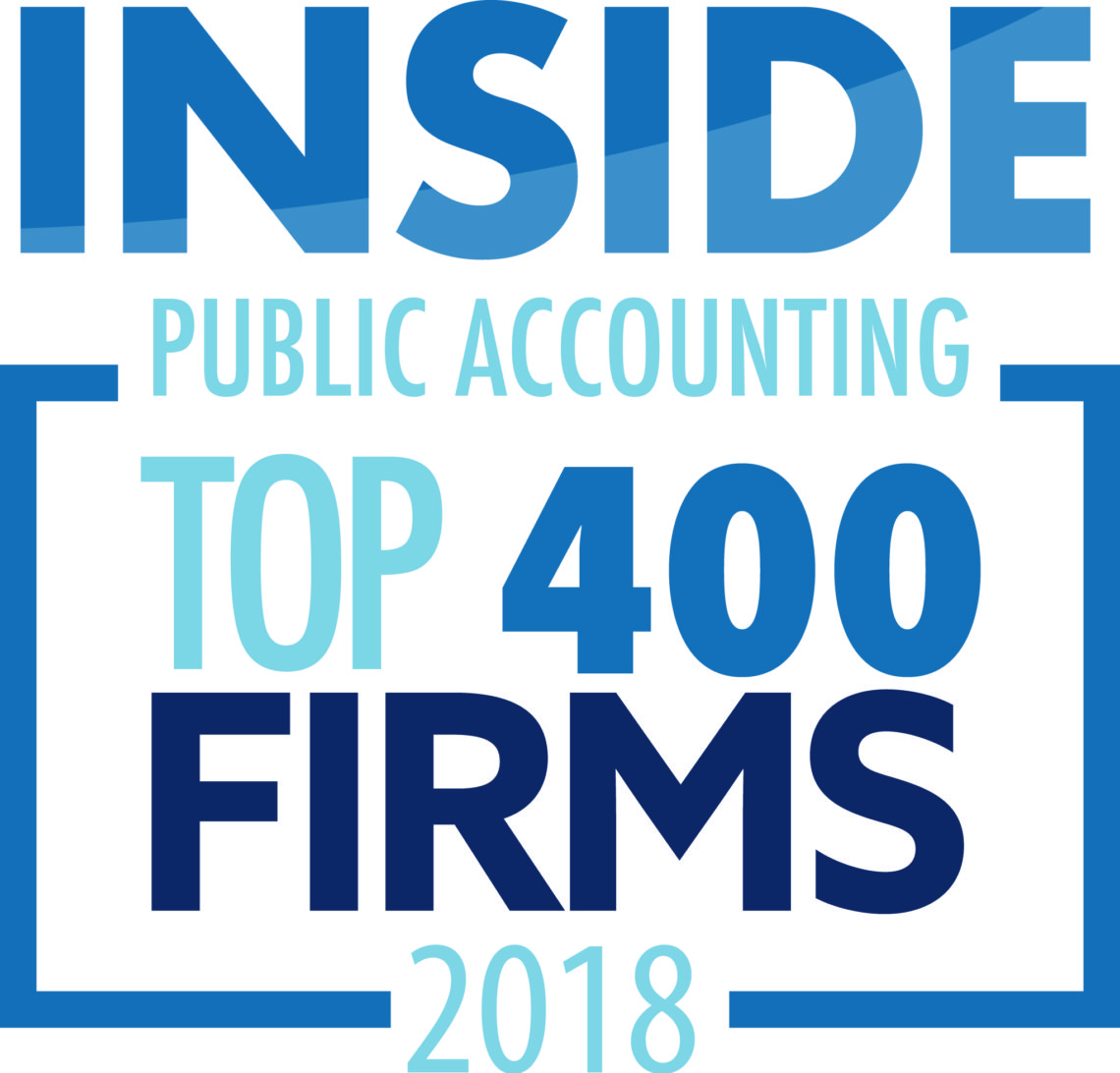 INSIDE Public Accounting (IPA) is proud to present its first ranking of the nation’s largest 400 accounting firms – the only one of its kind. The IPA 400 firms was listed in the October issue of IPA and picked up where August’s IPA 300 issue left off, ranking firms from No. 301 to No. 400. To see the full list, visit IPA’s website.

This definitive list was developed by gathering information from more than 550 firms that completed IPA’s Survey and Analysis of Firms. Many professional associations also aided in the search for firms to add to the list, which IPA plans to publish annually.

For more than two decades years, IPA has sustained a tradition of groundbreaking excellence by compiling the annual IPA 100, 200 and 300 accounting firms and the IPA Best of the Best. As the profession continues to grow and evolve, IPA will evolve with it.

About INSIDE Public Accounting

For nearly 30 years, IPA has compiled the annual list of Best of the Best CPA firms in the nation. This year, IPA extended the growing list to include the top 400 firms. Data was gathered from over 500 firms through an IPA Survey and Analysis of Firms. The 400 firms range in size from $4.55M in revenue to just shy of $10M, and employ more than 4,000 staff across 174 offices.