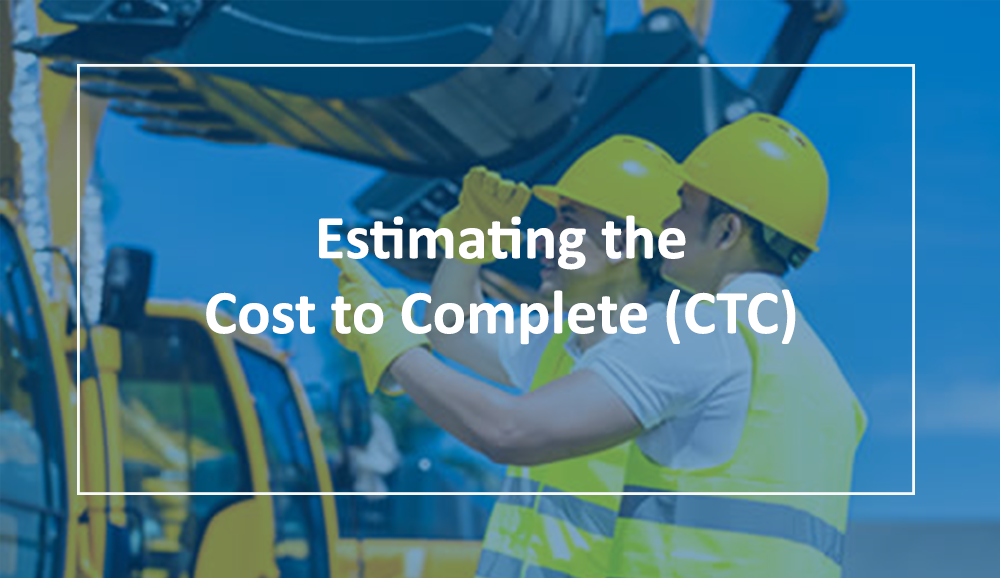 On long-term construction projects, it’s critical for contractors to have systems in place to accurately estimate the cost to complete (CTC). Knowing a project’s CTC helps you develop a more accurate picture of the project’s performance to date, avoiding surprises that can hurt your profitability and shake the confidence of lenders and sureties. By getting a handle on your CTC early in a project, you have an opportunity to address problems that are hindering your productivity or otherwise increasing your costs.

Typically, contractors use the percentage of-completion (POC) method to account for long-term contracts. That method recognizes income as a contract progresses, in contrast to the completed contract method, which doesn’t recognize revenues or expenses until a project is substantially complete. Following is a simple example that illustrates the critical role CTC plays in measuring profitability.

Suppose a contractor enters into a contract to construct a commercial building. The contract price is $1 million and the contractor estimates its costs to be $900,000. At the end of year 1, the contractor has incurred $300,000 in costs and believes its original cost estimate of $900,000 remains accurate — that is, its CTC is $600,000.

But what if productivity issues have substantially increased the contractor’s labor costs? Suppose that, assuming current productivity rates continue for the remainder of the project, its actual CTC is $700,000. This would reduce the POC to 30%, wiping out the contractor’s profits. In addition, it’s likely that the contractor would need to increase its labor costs down the road in order to meet the original target completion date, turning a profitable job into a loser.

Failure to understand a project’s true CTC can cause a contractor to improperly recognize revenue, which in turn can lead to “profit fade.” If the contractor in the example above uses the inaccurate figure of $600,000 as its CTC, it will overreport its year-1 profitability and experience significant profit fade in the project’s remaining years. If, on the other hand, the contractor estimates CTC accurately, two important things will happen: First, more accurate, consistent reporting will inspire confidence on the part of banks and sureties. And second, it will provide an opportunity for the contractor to address its productivity issues or find other ways to reduce costs and boost its profitability. There are several steps contractors can take to ensure they prepare accurate CTCs. These include:

It pays to invest needed time and resources in developing accurate CTC estimates for your projects. The benefits include more accurate financial statements, stronger relationships with banks and sureties, and higher, more consistent profits.