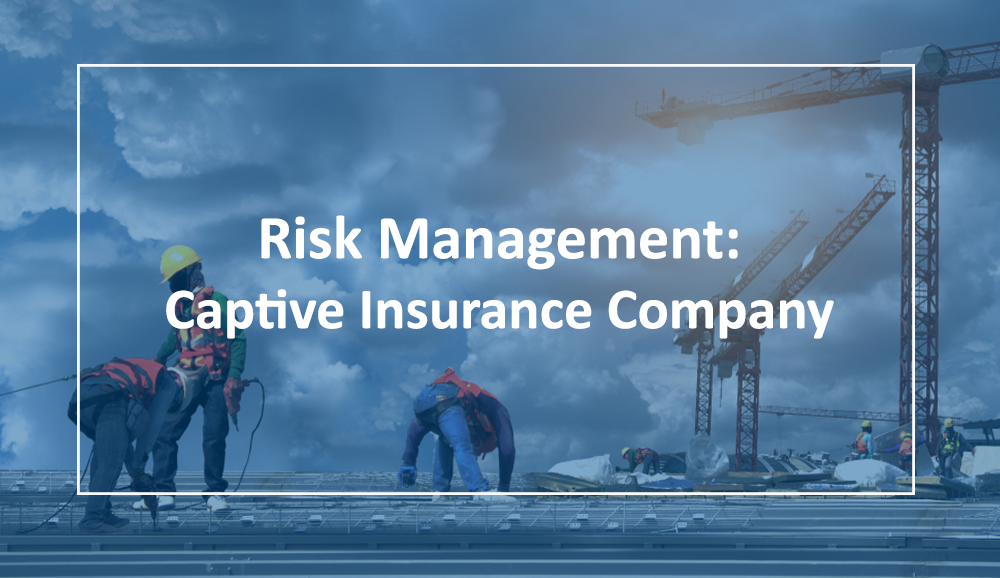 Insurance is a challenge for most construction businesses. You want to control your costs, but you may struggle to obtain affordable coverage of difficult-to-insure risks or fill “gaps” in your existing coverage.

One potential solution for fast-growing or well-established construction businesses is captive insurance. It can help reduce premium costs while providing a variety of valuable financial and tax benefits. It’s also an ambitious move fraught with certain risks, so you’ll need to understand the concept fully before deciding whether to move forward.

Simply put, a captive insurance company is an insurer established to provide coverage to the company or companies that own and control it. There are many ways to structure one of these companies, including as a:

The right structure for an insured or group of insureds depends on several factors, including their insurance needs and resources.

Captives offer many potential benefits, such as:

Reduced costs. Captives usually offer lower, more stable premiums than commercial insurance companies, in part because commercial prices include a significant markup to cover the insurer’s expenses and profits. Plus, captives give their owners direct access to wholesale reinsurance markets for protection against catastrophic losses.

Customized coverage. Because the insured parties control the captive, they can tailor coverage to meet their specific needs and may enjoy broader coverage and higher limits than they can readily obtain from conventional insurance carriers.

To determine whether an arrangement qualifies, the IRS focuses on two factors: First, the insured parties must shift risk to the captive. Typically, that’s not a difficult hurdle to clear, since risk-shifting is the purpose of most captives.

Second, there must be risk distribution — that is, a captive must spread risk among enough independent insured parties to minimize the chances that a catastrophic loss will wipe out its reserves. Whether risk distribution exists depends on an arrangement’s facts and circumstances, but the IRS has offered some guidance.

For example, the agency has ruled that a wholly owned captive that insures only its parent’s risks doesn’t distribute risk, but one that receives 50% of its premiums from parties unrelated to the parent does distribute risk. A single-parent captive may also distribute risk by participating in a “risk distribution pool” with other captives.

If a captive qualifies as an insurance arrangement, the reserves it sets aside to pay claims are tax-deductible, allowing the funds to be invested and grown on a tax-deferred basis. Eventually, excess reserves can be paid out to the owners as dividends taxed at long-term capital gains rates — essentially converting ordinary income into capital gain. Even greater tax benefits are available to “microcaptives.” (See “Big tax breaks for microcaptives.”)

As mentioned, creating a captive insurer is far from risk-free. You are, after all, literally launching your own insurance company. Doing so will require substantial up-front capital, after which you’ll face administrative costs, compliance obligations and a keen need to develop insurance-related expertise. But for construction companies ready and willing to take the plunge, the concept could provide some remarkable benefits if all goes well.[/column]

Captive insurance companies enjoy significant tax benefits. (See main article.) But “microcaptives” have an additional advantage in that they can exclude premium payments from their taxable income and pay taxes only on their net investment income.

To qualify as a microcaptive, a captive’s annual premiums must be within a specified inflation-adjusted limit (currently, $2.3 million). And it must meet certain other requirements, including a diversification requirement. There are two ways to satisfy this requirement:

It may be possible to establish several microcaptives with different owners to stay within the premium limit. But keep in mind that the IRS generally views microcaptives as potential tax avoidance devices, so it’s important to structure them carefully to avoid a challenge.